When it comes to social media, Facebook is a behemoth. Earlier this year, the big blue social network had 1.28 billion monthly active users. That is head and shoulders above other popular sites like Twitter or Pinterest.

Translation: Using Facebook correctly can be a huge opportunity for both individuals and businesses. Post the right types of content at the right times of day and you can see a flood of new customers or fans of your brand.

But as with any opportunity, Facebook has a number of moving, sometimes confusing parts. Facebook marketing is one part art, one part science, mixing bits of human interaction with actual product marketing.

The tips below aim to answer some of the questions you might have about creating and getting the most out of a Facebook page. Give these some thought and start rocking it on Facebook — now.

1. When posting, don’t forget the pictures.

They say a picture is worth a 1,000 words. On Facebook (and on Facebook-owned Instagram), a picture must be worth at least 1,000 text-only posts.

People engage with compelling images. Yes, this is an opportunity to showcase your products, but it’s also a chance to share pictures of your team, your facility and of your customers’ best experiences with your brand.

It’s also a way for you to interact with your customers. Encourage them to share their own pictures using your product or service. You can monitor these images and contribute to the conversation by liking or commenting on them or by sharing them on your own page.

There are numerous reports out there that claim the best times of day for posting content to specific social networks. While some of the information can vary from report to report, it appears posting to Facebook on Fridays is a smart idea, as engagement rates tend to be highest.

Productivity starts to dwindle on Fridays. It’s no secret. You can capitalize on people killing time by surfing their Facebook feeds instead of, you know, doing more important things.

A big part of the reason you’re on Facebook is to engage with people and attract them to your brand. Only broadcasting marketing messages isn’t going to cut it.

One way to attract people to your Facebook page is to run a simple contest. More than a quarter of fans say they’ve liked a page in order to participate in a contest. Using words like “winner,” “win,” “entry,” “contest,” “enter” and “promotion” are most likely to get people interested.

Once people start liking your Facebook page, you can ramp up human interaction by asking questions. Question posts get 100 percent more comments than ones without questions.

4. Let your emotions out.

Within reason, of course. Why? Studies show that emotions are contagious on Facebook. If something in your industry has you excited or riled up, don’t be afraid to express your thoughts and emotions about it (without being hurtful to anyone else, obviously). These types of posts are often shared more and can increase engagement.

While you’re at it, you might as well ask your fans to share their opinions and emotions, too.

5. Encourage employees and fans to ‘check in.’

Facebook’s check in feature can be a fun and useful way to raise your company’s profile on the site. Some employers require their employees to check in when they clock in for a shift. Some also softly suggest that their customers check in. Others make the check in mandatory if a person wants to use in-store Wi-Fi.

Sometimes social media can become a popularity contest. Entrepreneurs shouldn’t become obsessed with having more fans and followers than the competition. What’s the sense in having 100,000 fans if the majority of them aren’t engaging with you or spending their money with you?

Creepy or not, Facebook collects an enormous amount of demographic and behavioral information on its users. You can tap into this wealth of data to target specific types of people who are most likely to be your customers in the real world.

7. Etiquette should be a top priority.

You should be the template for your typical Facebook fan. You know your brand inside and out. You should also know the type of content you’d want to see each day and how often.

If your plan is to flood the zone with marketing content, repost the same thing over and over again or to directly solicit likes and shares then, well, you might need a new plan. Not only do your followers not want to see spammy posts, neither does Facebook. The company said recently that it would start decreasing regular distribution for repeat offenders.

If you’re not paying for advertising on Facebook, your posts might only be reaching a small portion –perhaps as low as only 6 percent — of your overall followers. And, it turns out, this is completely normal. Also, completely frustrating.

In a recent blog post, Facebook explained that the nosedive in organic reach is due to increased “competition” on the News Feed. In other words, there is so much content being published to Facebook, only so much can be featured in people’s feeds.

If you’ve seen your reach plummet in recent months, there are steps you can take to increase it a bit.

Experts say that advertising on Facebook can be a huge opportunity for some brands. You pay for ads and Facebook promises to expose you to people you might not have been able to reach on your own.

If your company is paying for Facebook ads, be sure to track your results and measure your ROI. Advertising on Facebook isn’t for everyone.

10. Speaking of ads, you can personally opt out if you want to.

This is great for individual users and potentially also beneficial for companies that pay money on the ads that people can now block. Facebook recently started giving users a way to better customize what advertisements pop up on their pages.

So, instead of letting Facebook mine every step they take on the site and elsewhere online and serving that data up to its advertisers, people can opt out and change their personal settings.

For advertisers, this means your ads might be seen by fewer people, but it will be delivered to those who will be more inclined to interact with your ads. Again, niche is better than numbers.

We'll make it short and sweet: 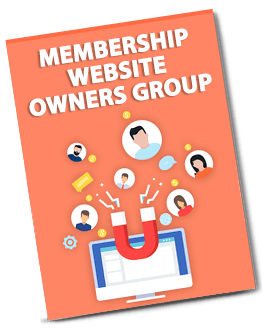 Do You Run a Membership Site?

Get Your Free Guide

Over 20,000 membership websites thrive using Brilliant Directories...
Will Yours Be Next? 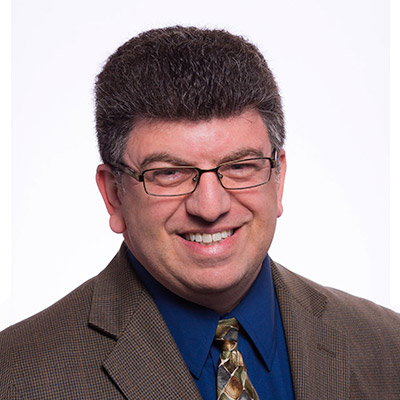 It's all about service and community!

After working with the Brilliant Directories team for the past 5 years, I've enjoyed building our websites and learning new ways to improve. Having access to a responsive support team has been very important for our success. Thanks to everyone at Brilliant Directories for guidance, constant improvements, Facebook groups and interactive webinars! We've already built one directory (www.NJwedding.com), launched another (www.NJparenting.com) and have more ideas to implement very soon.

Questions Before Getting Started?

We're always happy to chat about your goals and explain what comes with your Brilliant Directories website. Contact us or call to speak with a friendly team member now: 1 (800) 771-9332

Safe & Secure. Try it free for as long as you like.

Fill in The Form to Send a Message

We hate SPAM and promise to keep your information safe.